Deprecated: Methods with the same name as their class will not be constructors in a future version of PHP; ES_Text_Diff_Renderer has a deprecated constructor in /data/62/3/136/6/3951006/user/4388106/htdocs/wordpress1/wp-content/plugins/exploit-scanner/exploit-scanner.php on line 959

Notice: register_sidebar was called incorrectly. No id was set in the arguments array for the "Sidebar 1" sidebar. Defaulting to "sidebar-1". Manually set the id to "sidebar-1" to silence this notice and keep existing sidebar content. Please see Debugging in WordPress for more information. (This message was added in version 4.2.0.) in /data/62/3/136/6/3951006/user/4388106/htdocs/wordpress1/wp-includes/functions.php on line 4147
 Legislation | Wilson Language Training
skip to main content...

With up to 20 percent of the general population affected by dyslexia and other language-based learning disabilities, laws calling for early and effective intervention have been sweeping the country state by state in recent years. Legislation is viewed as a critical step in addressing the impact reading disabilities have on the lives of students diagnosed with them, and the nation as a whole. 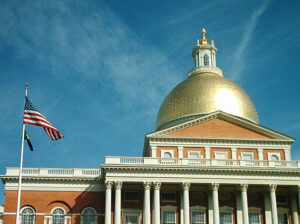 As the struggles associated with dyslexia affect all aspects of life, Wilson supports state and federal legislative initiatives as a means to alter the course of a student’s education, self-esteem, and personal and career goals.

All but a few states now have dyslexia laws on the books, largely due to the grassroots advocacy of parents. By late 2018, more than two dozen states had passed legislation specifically calling for early screening of young children. While several states are in the early stages of implementing these new laws in public schools, others are leading the way by requiring appropriate student remediation and professional learning for educators.

In 2011, the nonprofit organization Decoding Dyslexia was created by parents in New Jersey who were concerned about the limited access to educational interventions for students with dyslexia within the public education system. Since then, chapters have spread to all 50 states.

As a result of recent legislation, a growing number of states have adopted comprehensive handbooks or guidelines that define dyslexia and the effective teaching and learning methods that help students with this learning disability achieve literacy. Examples include:

Dyslexia laws by state can be found on several websites, including:

The READ Act (Research Excellence and Advancements for Dyslexia Act) was signed into law in February 2016. This legislation requires the National Science Foundation to devote at least $5 million annually to support research on the science of specific learning disabilities, including the following related to dyslexia:

At least half of the allocation will be for research focused specifically on the science of dyslexia.

Prior to the bill’s enactment, Barbara Wilson was invited to testify before the House of Representatives’ Committee on Science, Space, and Technology hearing on September 30, 2015. Her testimony in support of the bill and the video recording of the hearing can be found on the Committee’s website. (Please note the video begins at the 1 hour and 14 minute mark.)